My last entry talked about my favourite books of 2015, so now it’s time to talk about my most anticipated books of 2016. 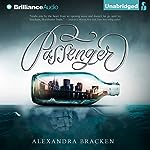 Passenger is the latest book by Alexandra Bracken.  it is the start of a new YA series and is billed as a YA treasure hunt through time.  I really loved Bracken’s Darkest Minds series, so this sounds like a real winner to me.  The publisher has released a sampler, which I encourage you to check out.  Passenger is officially released in just a few days on January 5th 2016. 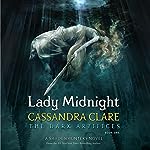 This is the first book in a new series by Mortal Instruments writer Cassandra Clare.  It is set in the same world of the Shadowhunters but the action takes place in Los Angeles.  At first, I’d been a little sceptical of the setting; the older cities of London and New York seemed a more natural fit for vampires and demons than sunny Los Angeles.  However, the last book in the Mortal Instruments series, City of Heavenly Fire, functioned as much as a setup for this new series, introducing characters, locations and possible plotlines in the new series, and I am 100% convinced now.  I will certainly be devouring Lady Midnight when it is released on March 8th 2016. 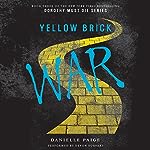 Yellow Brick War is the third and final book in the Dorothy Must Die series by Danielle Paige.  This series is set in the world of L Frank Baum’s Oz in which Dorothy has turned wicked.  While I loved the world and protagonist – Amy Gumm – is wonderfully kick ass, yet real and flawed – but I was unhappy with the pacing of the first book.  The second book, The Wicked Will Rise, fixed these issues and had such a fantastic cliffhanger ending that I can’t wait to see what happens next.  Yellow Brick War is released on March 15th 2016. 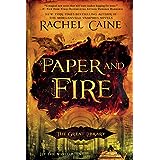 Paper and Fire is the second in Rachel Caine’s Great Library series. I was originally drawn to Ink and Bone because of the world – a world in which the Great Library of Alexandria survives and exercises complete control over all published work.  Our protagonist discovers a way to break the Library’s control and ends up in danger.  With this book I came for the concept and stayed for the characters.  They are both engaging and intriguing and I can’t wait to see what happens next.  Paper and Fire is released on July 5th.

The next book in Scott Lynch’s Gentlemen Bastards series, The Thorn of Emberlain is scheduled to be released on July 21st 2016.  At least that’s what Amazon tells me.  I’m not certain how official that date is – it has been put back several times.  In any case, this is one book I am very much looking forward to.  I love the characters, the world and the writing is so sharp and witty.  I look forward to what the future holds for Locke.

The final book I’d like to mention is Heartless by Marissa Meyer.  This is a new series set in the world of Alice in Wonderland in the same way that the Lunar Chronicles were a retelling of traditional fairytales.  Other than the brief synopsis, not much has been revealed about this book.  I look forward to picking it up on November 8th 2016.

One book that I am not holding my breath anticipating in 2016 is George R.R. Martin’s continuation of The Song of Ice and Fire, The Winds of Winter.  In a recent blog post, Martin confirmed what most of us had expected: Winds of Winter will not be published before the upcoming sixth season of HBO’s Game of Thrones.  While disappointing, this is not surprising.  However, the tone of Martin’s post suggests that he still has a lot of work to do, and that he cannot say when it will be completed.  I’ll be interested to see how that affects viewing of the series.  Personally, I’m going to watch it and treat it like any other book adaptation – I’ll enjoy watching David and Dan’s interpretation and then read the original whenever Martin publishes it.  I do have more faith in Martin’s handling of the characters though.

Reading through my preorders and my most anticipated list, I see that the vast majority of them are YA fantasy type books.  One of my goals for 2016 should be to expand my reading genres.  That may be tricky – there are just so many good YA books coming out and so little time to read.  I do have some historical fiction, some Outlander and some biographies to read.  I also see that all of them are by authors with whom I’m already familiar.  That is probably also something to work on in 2016.  Because not yet published books don’t have Kindle previews, I’m a little more reluctant to commit my money to an unknown.

This year I have set my GoodReads reading challenge to 80 books.  I feel that should be doable, even if I do listen to more audiobooks.

One very exciting thing I’m really looking forward to this year is attending BEA in Chicago!  This will be my first visit to the book expo and I’m so excited at the opportunity to spend time with people who are as passionate about books as I am.  I look forward to seeing some of you there.