Now that 2015 is almost done, it’s time to review my reading year.  Thanks to GoodReads, I have a very good idea of how I did.

I had set my reading goal at 75 books, and I completed 87 with a total of 29,110 pages.  This is a little lower than the last few years, but I did enjoy many of these books in audiobook format, which does take longer.

The shortest book I read was Two Tales of the Iron Druid Chronicles by Kevin Hearne which had a total of 39 pages, and the longest was Voyager by Diana Gabaldon which weighed in at a hefty 870 pages.

I read some pretty amazing books this year.  So without further ado, in no particular order, here are the books I enjoyed most. 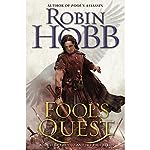 Fool’s Quest by Robin Hobb is pretty much defaulted to my top books list because I am so, so invested in the characters of Fitz and the Fool and their unconventional friendship.  Of course I was going to soak up every nuance of their continuing tale.  Hobb would have had to really mess it up for me not to like it. Fortunately, she produced a wonderful continuation to their story and I loved it.

You can see my full (spoilery) review here. 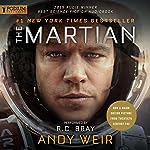 The Martian by Andy Weir is perhaps the most unexpected entry in my top books so far.  This is because it is very much out of my usual genre(s).  For those of you who have not  heard of this, it’s a science fiction adventure about an astronaut who is accidentally left behind on Mars and how he has to use all his skills to “science the &^$% out of things” to survive.  Although there is a strong emphasis on the science side of things, it is beautifully blended with the personal and you can’t help but root for our hero’s survival.  At one point I was seriously tempted to text my friend to ask if he did survive, but I managed to restrain myself. Watney’s story is told primarily in a first-person journal style and the writing is very accessible.  I listened to this in audiobook format, which was a wonderful way to get into the story. 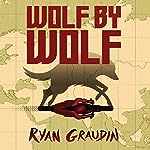 Wolf by Wolf by Ryan Graudin was one of the books which really got under my skin this year.  It is an alternative history set in a world in which the Nazis won World War II. We follow our protagonist, Yael, who is a death camp survivor, and her mission to kill Hitler.  This mission hangs on the fact that Yael’s experiences in the death camp gave her the ability to change her appearance to look like any other woman.  I cannot explain why it got under my skin so much – perhaps it was because the protagonist was so beautifully written – a real blend of kick ass heroine and vulnerable young girl.  My full review can be read here. 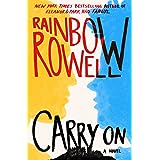 From time to time a book will come along in which plot, character, pacing, worldbuilding and writing come together to create something wonderful. For me that book was Carry On by Rainbow Rowell. Carry On is a follow up to Rowell’s Fangirl – Carry On is the final book in the series about which our fangirl protagonist is obsessed. I should point out that it’s not necessary to have read Fangirl before reading Carry On.

I will admit that initially I wasn’t too interested in reading Carry On. Fangirl was one of the few Rainbow Rowell books I did not finish. However some glowing reviews encouraged me to reconsider and I’m very glad I did.

Carry On follows the final school year of Simon Snow, a Harry Potteresque Chosen One, destined to save the magical world from the Insidious Humdrum. As well as the impending confrontation with the Humdrum, Simon must also deal with his growing feelings for his vampire roommate Baz. The book is a perfect blend of humour, romance, adventure and wonderful character moments and I highly recommend it.

I gave Carry On a resounding five stars out of five. 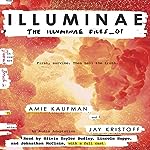 Illuminae by Amie Kaufman and Jay Kristoff is a young adult adventure story imaginatively told through a collection of documents. We follow Kady and Ezra as they are forced to flee their planet after it is invaded.

Now, I’m going to say something I don’t often say; PLEASE don’t buy this book in ebook format. Pick up the hard copy instead. Because formatting is an intrinsic part of the story, the ebook is often scanned images rather than text. This means that you lose all the advantages of using an ereader – font size adjustment, searching for example. More worryingly, when I tried to read it on my iPad, a significant number of these images were missing, meaning I lost a whole chunk of the story. I only noticed this because I was following along with the audiobook at the same time. The images were present in the Kindle, but I found the text very small and sometimes difficult to read. So do your eyes a favour and skip the ebook in favour of the hardback.

In an ideal world, you would experience this book in both hard copy and audiobook format. The audiobook is narrated by a full voice cast and is absolutely wonderful. I highly recommend it. However, by listening to the audiobook alone you miss out on the formatting of the book which also adds an extra dimension.

Although the unusual format is one of the key attractions of this book, the story itself more than holds its own – I was enthralled by Kady and Ezra’s dilemma, and the ending is fantastic. It really made me anxious to read the next book.

I gave Illuminae four stars out of five.