I think my reading of House of Hades must have infected me with some demigod ADHD because I am trying to read no fewer than four books at the same time.  Sigh.  So many great books, so little time.

I couldn’t decide what audiobook to listen to at work so I used a random number generator to help me choose.  The selection landed on The Meryl Streep Movie Club by Mia March.  For those of you who don’t know, this is set in the same world as Finding Colin Firth but written and set earlier.  So far I’m enjoying it – I loved the setting and the characters are relatable.   A full review will come shortly.

After listening to a few chapters though I realised I was more in the mood for some YA dystopia, so I picked up Alexandra Bracken’s The Darkest Minds.  I’d been hooked by the preview on Bracken’s website and I am continuing to enjoy it.  Ruby seems an interesting, if damaged character, and I look forward to reading more of her story.  Again, expect a full review soon.

I had been asked to review Paul Levine’s State vs. Lassiter so I have added it to this week’s TBR.  I’ve not yet started it, but I will of course share my thoughts with you.

This week is Allegiant week of course, and I have added it to my library.  I’m hearing that this doesn’t follow the usual YA dystopian mould, which has angered some fans.  I have this in both Audible and ebook formats, but will primarily read it rather than listen to it as I’m really not fond of the narrator for this series.  However, the audio format will allow me to continue to follow the story while I wait for tickets to come in at work.  You can expect my review in due course. 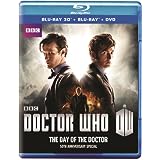 However, my one big obsession this week has been Doctor Who.  The trailer for the 50th anniversary special, Day of the Doctor, was released and looks absolutely stunning.  I really can’t wait to see this, although as I am working, I will not be able to join other Who fans in the cinema.  David Tennant and Matt Smith are both very easy on the eye, and are both wonderful actors.  Add John Hurt into the mix as an intriguing new “Doctor” and this is made of win.

Now, while I am not a dyed in the wool Whovian, I do love the show – it’s one of the few for which I have bought all seasons on iTunes (at least for New Who – from the 2005 reboot on).  I love its mixture of scary, funny and touching, and the writing and acting are usually excellent.  I am particularly invested in the Doctor’s relationship with River Song, thanks to the acting talents of Matt Smith and Alex Kingston.

Despite adoring New Who, I’ve not really paid much attention to Classic Who since hiding behind my parents’ sofa from the Daleks as a child.  Like most Brits above a certain age, I strongly identify with one of the Classic Doctors; for me Tom Baker (the Fourth Doctor) was the Doctor, he of the long scarf and toothy grin.  As part of the tributes to the show for it’s 50th anniversary year BBC America and Space in Canada are showing half hour documentaries focusing on each of the Doctor’s incarnations  which is then paired with a classic episode from that Doctor’s era.  I have watched from the First to the Ninth Doctors and it is fascinating to see how the character has developed.  Tor also has an excellent series on each of the Doctors and their best episodes.

I’m also looking forward to An Adventure in Space and Time, a documentary behind the creation of Doctor Who in which David Bradley of Harry Potter/Game of Thrones fame takes on the role of William Hartnell who played the first Doctor.  That sounds as if it will be a great insight into what went on.

This has all whetted my appetite for all things Doctor-y, so I have been spending my week when not working or reading watching Doctor Who videos online.  I have ordered the Doctors Revisited DVDs so I look forward to those.

Other than Allegiant, I’ve not added anything to my library this week.

I did put a hold on a couple of audiobooks from the library. The first of these is Rainbow Rowell’s Eleanor and Park.  I’m hearing this is a wonderfully sweet , beautifully written teen romance.  It’s not my usual genre, so when I saw it was available from the library, I thought I would borrow it first.  It’s not yet available for me, but once I do get round to listening to it, I’ll let you know what I think.

The second one I placed on hold was Maggie Stiefvater’s Shiver.  Again I will let you know what I think.

So what has been your obsession this week?  Let me know in the comments.