This has been another quiet week in my reading roundup. I really wish I didn’t need to work so that I could concentrate on my TBR list!

Steelheart is the first in a new series by Brandon Sanderson – sparks, that writer is prolific!  It tells the story of David, a young man seeking revenge for the death of his father at the hands of Steelheart, an Epic, one of many super powered humans in this new world.  Steelheart has taken over Newcago (a dystopian version of Chicago) and appears all but invincible.  But David has a secret; he has seen Steelheart bleed.  He teams up with the Reckoners, a group of people attempting to work against the Epics to bring Steelheart down.

I have commented on the free five chapter sampler and the full book does not disappoint.  I have said it before, and will doubtlessly say it again, Sanderson’s strengths as a writer are in worldbuilding, magic systems and pacing.  All of these are top notch in Steelheart.  Sanderson takes us through David’s tale at a brisk clip, and the twists and revelations are as well thought out and logical as you would expect from the writer of Mistborn and Elantris.

The theme behind Steelheart is interesting – how would ordinary humans react if they suddenly gained superhuman powers?  Power corrupts; absolute power corrupts absolutely or can the human spirit overcome this?  The corruption of power is explored extensively in Steelheart.  I suspect we’ll see more of the human spirit overcoming it in book two, Firefight, and book three, Calamity.

After hearing the sample, I chose to listen to it in Audible format.  Macleod Andrews did a fantastic job with all the characters.  Living in Quebec, I was particularly pleased to see a main character hailing from la belle province!

I gave Steelheart an unreserved five stars out of five. 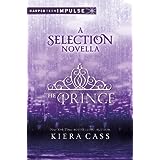 Another book I read this week was The Prince by Keira Cass.  This is a short novella in the Selection series which tells the story of the first few days of The Selection from Prince Maxim’s point of view.  It’s pretty short and slim, but it does add a different point of view to the tale.  It was nice to see that Prince Maxon isn’t always as poised and polished as he appears in the Selection.,

I gave it four stars out of five.

This week, of course, major spoilers were released for Helen Fielding’s upcoming third book in the Bridget Jones series Mad About the Boy, which caused a major outcry in the UK.  There were cries of “how could she do that to our Bridget?”  and obstinate refusals to purchase the book.  At first I was as upset and angry as any Bridget fan across the world, but then I began to consider.  Perhaps the choices made by Fielding will bring a greater depth to the character beyond her obsession with the number of her Twitter followers.  Maybe this will elevate Bridget beyond the funny, memorable heroine she is now.  I will certainly be reading to see how the storyline is handled.

Enclave by Ann Aguirre.  I’ve not read this and not heard much about it, but the synopsis seemed good.  Amazon was offering it on Kindle for only $3.40 so I decided to pick it up.

As I mentioned last week, I had pre-ordered Sofie Kelly’s Final Catcall.  I’ve not had a chance to read it yet, but I am looking forward to it.

One of my favourite series as a young girl was Helen Dore Boylston’s Sue Barton nurse series.  It is not available on Kindle, but I did decide to buy the first two in paperback.  Perhaps my niece may enjoy them some day.

My biggest excitement of the week was finding that Audible had released Kerstin Gier’s Emerald Green a whole week ahead of the hard copy and Kindle versions!  Actually, I needn’t have been so excited; this week I have been too busy to listen to or read much.  Marisa Calin does such wonderful work in bringing out Gwyneth’s spirit and humour.

The final book I picked up today was Destroy Me, a novella by Tahereh Mafi in the Shatter Me series.  I have the first one, and I keep meaning to bring it to the top of my TBR pile, but I just have so much to read!

What books did you read this week?  Let me know in the comments.