Like September, October is another big month for book releases.  Here are a few of the ones about which I am most excited.

Magnus Chase and the Gods of Asgard – The Sword of Summer by Rick Riordan.  This, along with Robin Hobb’s Fool’s Quest and Marissa Meyer’s Winter are among my most anticipated books of the later half of 2015.  For those of you who don’t know, Sword of Summer is the start of a new series by the author of the Percy Jackson series which, this time, focusses on Norse mythology.  Riordan’s books are always funny, engaging and exciting and I have no reason to suspect this one will be any different.  Knowing what I know of the Norse pantheon, the opportunities for high jinx seem limitless.

Sword of Summer will be released on October 6th and I have it preordered in both Kindle and Audible versions.

Also on October 6th Brandon Sanderson is releasing another book.  Dang, that guy is prolific.  Does he actually sleep?  This month it’s the turn of Shadows of Self, the sequel to his Alloy of Law, a steampunkesque novel set in his Mistborn world.  I love the world Sanderson created in the Mistborn trilogy and Alloy of Law, and I’m more than happy to plunk down my hard earned cash for this.

I have preordered Shadows of Self in both Kindle and Audible formats.  Incidentally, as usual, Michael Kramer is narrating the audiobook, which is a plus point for choosing this version.

Next up I have a couple of novellas in series I have been following.  These are The Favourite from Keira Cass’s The Selection series, released on October 12th and Born to Endless Night, the next in the Tales from the Shadowhunter Academy series of novellas which comes out on October 20th.  Both of these should be fun additions to my library.

October 27th sees the release of The Outlandish Companion Volume II by Diana Gabaldon.  I am slowly making my way through the Outlander series – currently dropping in and out of book four, Drums of Autumn.  It goes without saying that I am in love with the Starz series.  I found the Outlandish Companion Volume I to be a wonderful, insightful addition to my Outlander library and I fully expect Volume II to be the same.  As it deals with books five – eight it may be some while before I actually dip into this.  Spoilers about I am certain. 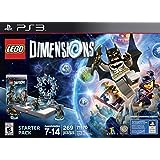 If I am being perfectly honest, though, the chances of my actually reading anything – or achieving much of anything in general – over the next couple of weeks are virtually nil.  This is because today sees the release of Lego Dimensions, the new toys-to-life gaming system from Lego and Travellers Tales games.  For those of you who aren’t familiar with toys-to-life, it means that you have to buy a physical toy for it to appear in the video game.  Combine this with Lego and your starter pack comes with a set of Lego bricks and minifigures which you have to physically put together to go through the game.  Previous Lego/Travellers Tales games have been purely virtual.  Now I’m no hard core gamer chick, but I do adore the Lego games.  I still giggle like a naughty schoolgirl at the image of Lego Boromir being shot by a garden rake!

Lego Dimensions sounds absolutely awesome.  The idea is that the worlds of the Lego multiverse are colliding.  You are led through the adventure by Batman (from the DC Comics Batman Lego games), Gandalf (from the Lord of the Rings Lego game) and Wyldstyle (from the Lego Movie and video game) and you visit each of their homeworlds.  However, Lego Dimensions brings in a whole lot of new franchises to the genre – Back to the Future.  Ghostbusters!  Doctor Who!  The Wizard of Oz!  It should be pointed out that, to unlock more than a taster of these new franchises though, you do have to shell out hard cash over and above the initial cost of the starter pack.  Previous games allowed you to unlock characters and abilities with in-game currency.  But hey, if you’ve secretly yearned to see The Doctor drive the Batmobile through Minas Tirith this is your game.

I am especially excited for Doctor Who, although that upgrade pack isn’t available until November.  It seems that the Travellers Tales team has added some really awesome things in this – you can play as each and every regeneration of The Doctor, including the War Doctor!  The TARDIS interior changes to reflect the current incarnation you’re playing and if you lose all your Lego lives, your character regenerates as the next Doctor.

As I say though, release day for the main game was today.  I’d preordered mine from Amazon, but, to quote Vernon Dursley, there’s no post on Sundays so I will not receive it until tomorrow.  And because I am scheduled to work very long days at the beginning of the week, I’m not going to be able to start playing it until Thursday.  Dang.  That Amazon box is going to sit and taunt me for the next few days.

Ah well.  I shall return to blog some more at some point.

Let me know if you are excited about any of these releases.