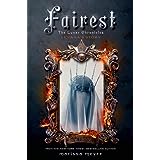 The first of these is Fairest: The Lunar Chronicles by Marissa Meyer.  This is a prequel to the three books currently published and tells the backstory of series antagonist Queen Levana.  For those of you who don’t know the Lunar Chronicles, they are sci-fi retellings of classic fairytales.  The characters are kick ass, the world building is fantastic and they are a brilliant read.  I’m really looking forward to Fairest, which is released on January 27th 2015.  The final book in the series, Winter, is due for release in the autumn of 2015. 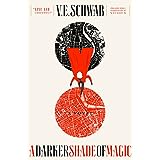 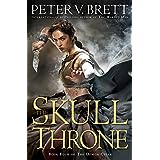 One book I’m surprised I’ve not seen on more Most Anticipated lists is The Skull Throne, the four book in Peter V. Brett’s Demon Cycle.  I’ve loved the previous books in the series and find Brett’s world building wonderful.  I look forward to seeing how Arlen gets on fighting the Corelings.  The Skull Throne is released on March 31st 2015. 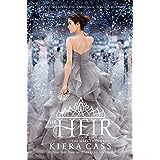 Later this year sees the release of a new book in Keira Cass’s Selection series.  It follows the next generation of Schreaves and new Selection.  I am looking forward to getting back into this world.  The Heir is released on May 5th 2015. 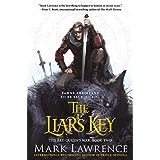 Next up is the continuation of Mark Lawrence’s Red Queen’s War series.  His Broken Empire series really sneaked up on me, and built up book after book, so although Prince of Fools, the first in the series, didn’t grab me as strongly, I’m still keen to see where it goes.  The Liar’s Key is released on June 2nd 2015. 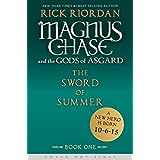 2015 sees the start of a new Rick Riordan middle grade series, this time based on Norse gods.  For me, Riordan is one of the most engaging middle grade authors writing today and has appeal for both young people and adults.  I have the feeling that Loki, Thor and all could provide a lot of scope for Riordan’s trademark humour, so I’m really looking forward to this one.  Magnus Chase and the Gods of Asgard is released on October 6th 2015, which can’t come soon enough.

Also on October 6th we have Shadows of Self, which is a new novel by Brandon Sanderson set in his Mistborn world.  Geez, that guy is prolific!  I’m constantly amazed at his ability to maintain quality with the amount of books he releases.  We have not had a new novel in this specific universe for some years, and I’m really looking forward to it.  The Mistborn universe is one of my favourites of Sanderson’s.  Roll on October 6th.

The final book I wish to mention is Cassandra Clare’s Lady Midnight.  This is the first book in a new series set in Clare’s Shadowhunter world.  There was  a lot of setup for this book in the final book of the Mortal Instruments – City of Heavenly Fire – and I am so pumped for it.  I had been a little anxious about the LA setting, but CoHF laid my fears to rest.  At this point there is no specific release date for Lady Midnight – it is anticipated in the autumn of 2015.  I can’t wait.

What books are you looking forward to?  Let me know in the comments.